As the top optics brand in China, I believe you already know Vector Optics very well. In fact, in the early days of its creation, Vector Optics was called Sunclear.

In 2005, Xusheng Shen (hereinafter referred to briefly as Stephen), the founder of Vector Optics, who worked in a Swedish company that time, took a strong interest in shooting sport and reflescopes. But at that time, although there are many scope factories in China, there are few Chinese brand scope or even none at all. He thought that since China can produce rockets and satellites, China can certainly produce high-quality optics too. Therefore, Stephen began to sell scopes in his part time during the next two years with his great enthusiasm.

In 2007, Stephen started to work full-time in optics industry and founded the company: Sunclear Vector Optics. At first, the company and brand was named Sunclear. It was an American partner who suggested to use "Vector Optics" as the brand name, Cause “Vector” is abstract and has a sense of space and direction, which is more accepted by optics consumers.

Since then, Sunclear officially changed its brand to Vector Optics® and is still in use today.

In 2009, two years after the company was founded, Vector Optics gained some popularity in hunting and tactics markets.

Now in 2020, VE products exported to more than 80 countries and have been recognized by masses of consumers.

As a pioneer of this industry in China, Vector Optics is committed to provide top riflescopes in China and even in the world to break the inherent concept that "Made in China" is of cheap or low quality products.

As our company says, “Be safe have fun”, hope VE can company your every shoot and be your loyal partner！

We are Vector Optics,
Various: Young and individualistic blood makes us a unique team.
Expert: We always hold ourselves to high standards and do better than the best.
Cooperate: Working together, can make a greater impact than individual efforts.
Thoughtful: Each person in the team has their own thoughts and pursuits.
Optimistic: Cordial atmosphere is the main color of the VE team, there is never a shortage of laughter here.
Respect: Accepting different viewpoints and communicate equally is the true mutual respect. 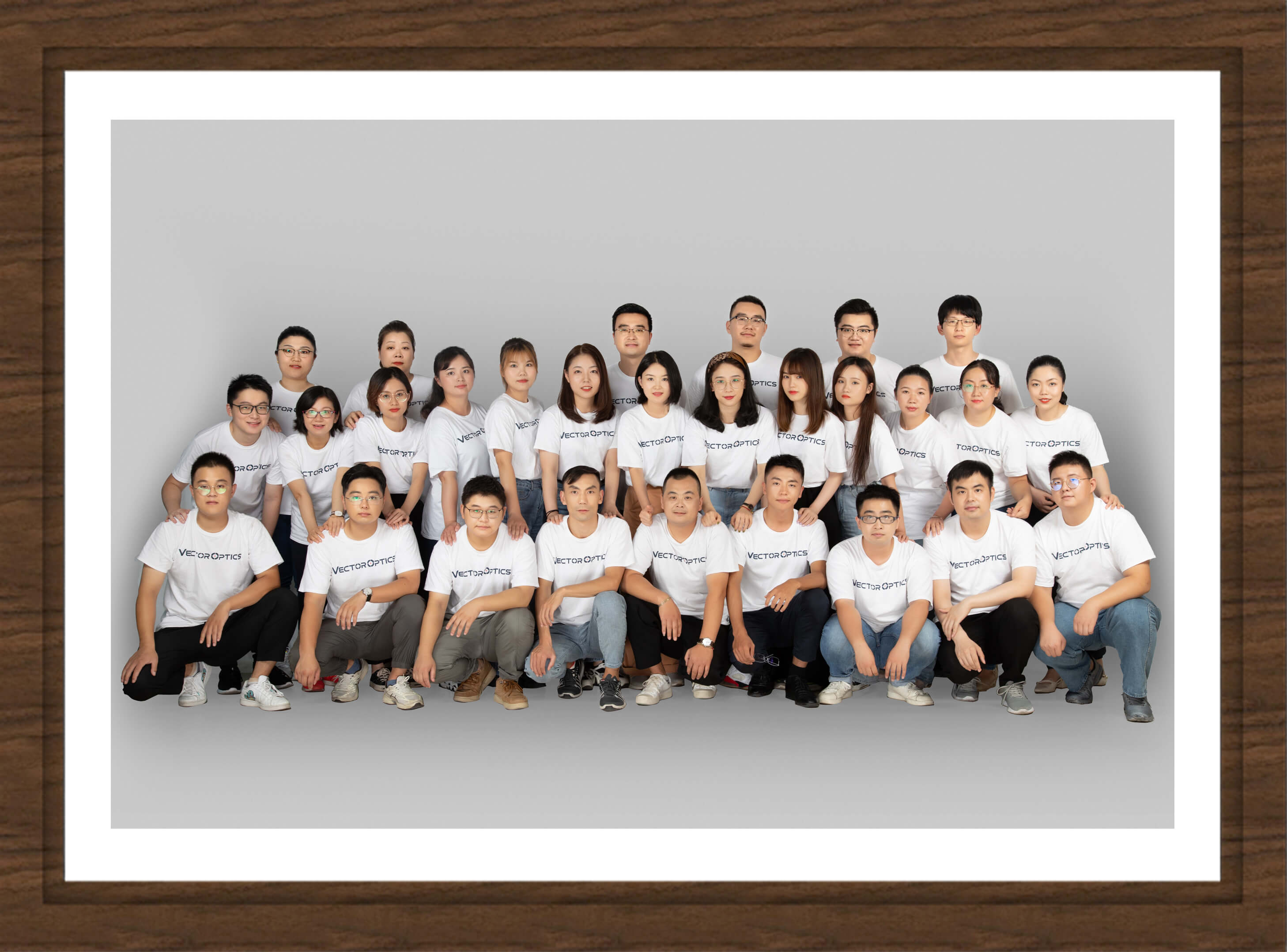