Evelyn：Stephen, it has been a while since you told me the difference between First Focal Plane and Second Focal Plane. When are you going to tell me their pros and cons? I can’t wait!

Stephen：Let’s do it right away!

Stephen: Do you remember? Last time I told you it is the different position of the reticle lead to the differences between FFP&SFP.

Evelyn: Of course! If the reticle is put in front of the Picture Reversal Assembly, the reticle size changes with the image when the magnification changes, it is First Focal Plane.

If the reticle is put Behind the Picture Reversal Assembly, move the lens can not impact the size of the reticle, therefore, no matter how the magnification changes, the reticle remain unchanged, it is Second Focal Plane.

Stephen: Yeah. These differences lead to their different pros & cons.

Evelyn：Tell me about it. I’m all ears!

Stephen: Okay. For First Focal Plane scope, reticle changes when magnification adjusted, so on lower magnifications the reticle may shrink and become hard to use like Picture 2.

On the other hand, on higher magnifications reticle may become quite thick.Thicker reticle covers more target which makes your shooting a little bit difficult. 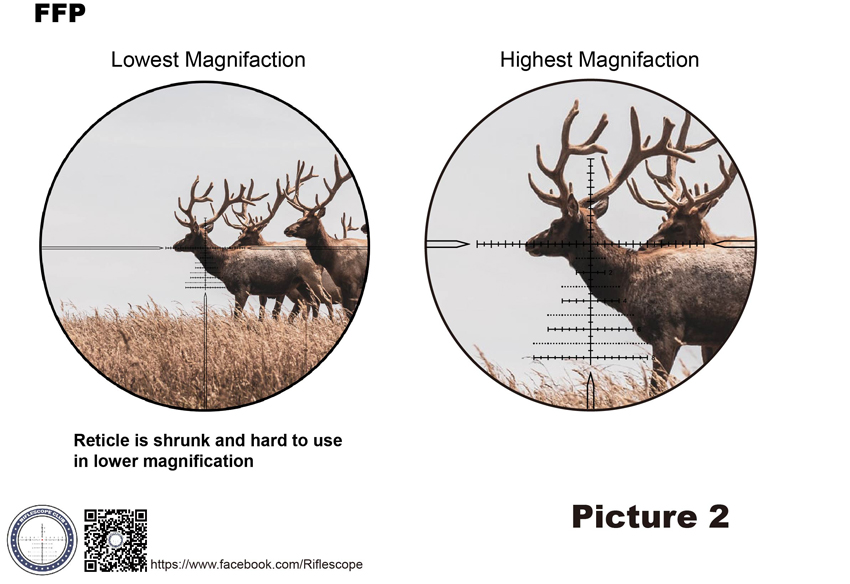 Evelyn: That’s right. It looks they are disadvantages.

Stephen: Well, there is a solution for this problem. Some reticles’ center part or center dot are illuminated to help aiming at the target at lower magnification like Picture 3 shows. In this way, the disadvantage is remedied. 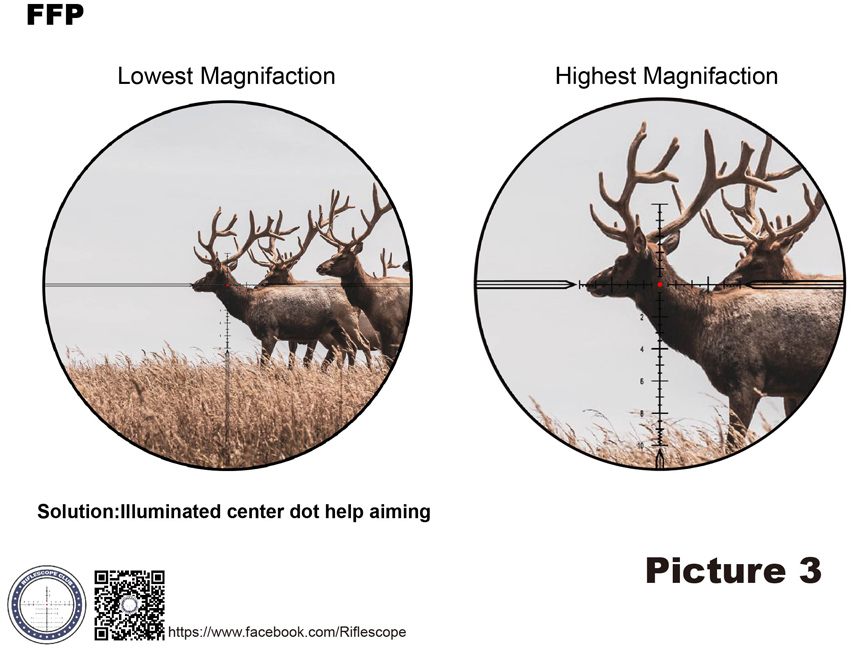 Evelyn: Oh, it make sense. Why are FFP scopes getting more and more popular? How about the advantages of FFP?

Stephen: The biggest advantage of First Focal Plane scopes is that you can use the reticle to measure the distance or calculate BDC at any range and Magnification.

In that case, once you adjust to the different magnification, you need to do extra calculation for shooting. This may waste your

time or lead to mistakes at critical moments.

On the other hand, the reticle is always clear no matter how magnification changes, so it is suitable for any range shooting. 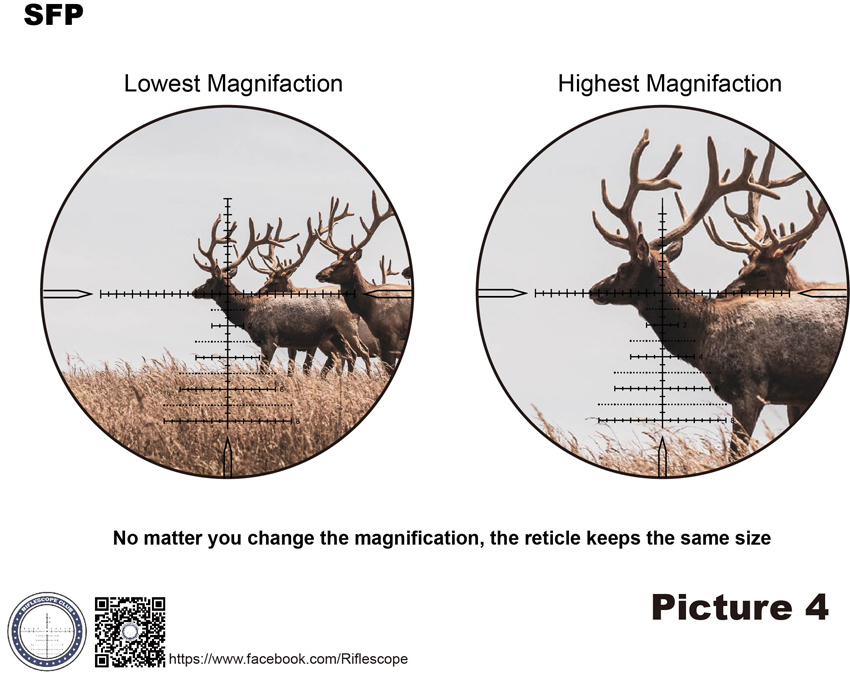 Evelyn: How do I decide whether to choose FFP or SFP scopes?

Stephen: It’s all depend on your shooting purpose and personal preference. If you don’t want spend extra time on calculation, may be First Focal Plane scopes are more suitable for you;

If you prefer an always-clear reticle, you may need a Second Focal Plane more.

Evelyn: I see! Thank you so much for your explanation!

Stephen: You are welcome!