Stephen: Yes, it is, especially at Close Quarters Battle(CQB) stage.

Evelyn: What causes this?

Stephen: To an extent, prism scope is the combination of Red dot sight and traditional optical scope. It’s ultra-compact size with some magnification contributes to its popularity. And you can get on your target very fast with it. This advantage is the evident in some certain shooting conditions such as CQB.

Evelyn: I got it. So why prism scopes are always more compact than traditional optical scopes?

Stephen: It’s related to their different optics system. As shown in Picture 1 is the inner workings of a traditional optical scope, and I've explained to you in detail how the light passes through, so I won't belabor the point now. (Refer to the Post ‘First Focal Plane scope or Second Focal Plane scope--(1)’ ) 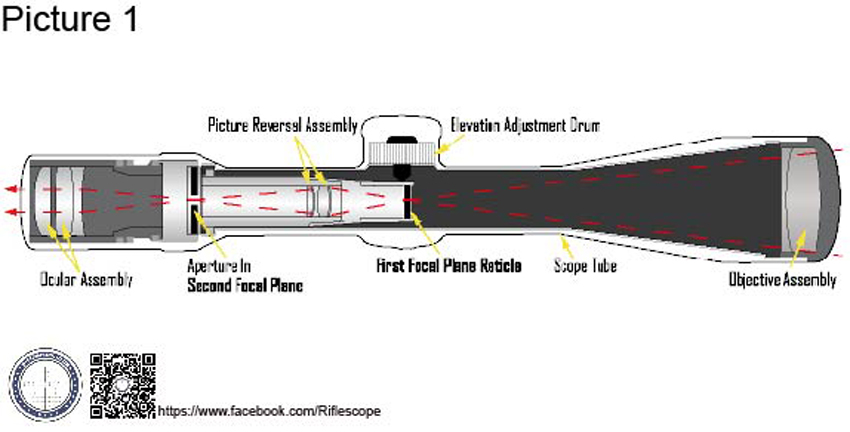 Evelyn：Okay. So the generally long length of current scopes is due to the optical system.

Picture 2 shows the internal structure of a prism scope, which, as the name implies, transmits images through prisms. Prism optics system allows the more compact size, so prism scope is often lighter and smaller than traditional optical scopes. 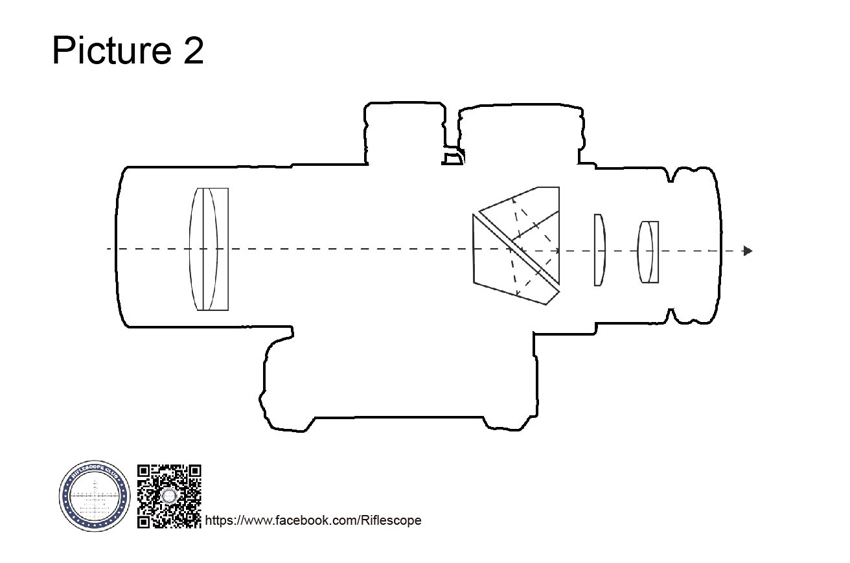 Evelyn: That’s a big discrepancy. But why not choose a red dot sight? It is even much smaller than a prism scope and red dot sights are always cheaper too.

Stephen: If you're comparing prism sights to red dot sights, there are a lot of noteworthy advantages.

First of all, prism scopes have some magnification settings while almost all red dot sights don’t. Magnification is critical for accurate mid-range shooting.

Stephen: Secondly, although prism scopes and red dot sights both have illuminated reticles (dot), most prism scopes can have physical reticles. You don’t need to worry about the battery power. 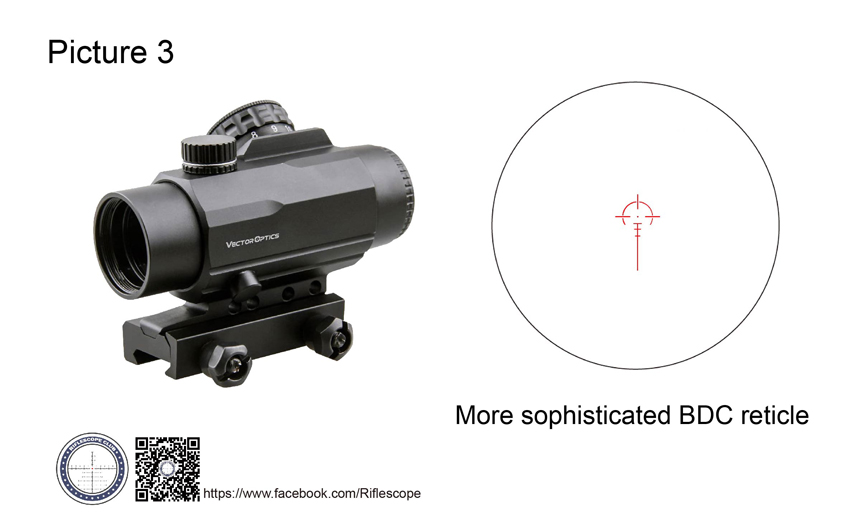 Evelyn: Great! But what about a 1x prism scope versus a red dot? The image without magnification looks almost the same.

Stephen: Both 1x prism scope and red dot sight can make you keep both eyes open while shooting. Share both eyes image, can make aim easier.

A 1x prism scope can provide a brighter and clearer image because of having an optics system while a red dot sight doesn’t. The prism scope also provides a wider field of view than many ordinary scopes (at same 70mm eye relief) like Picture 4 shown, which helps you to get on target quickly.

Evelyn: In picture 4, there is indeed big differences between the image of prism scope and the red dot sight. The prism scope image quality is just same as the camera works.

Stephen: Prism scope can be seen as an ideal option for carbines because of the compact size, precise reticle and two-eye-open features.

Evelyn: Oh, this is nice. It looks like the prism scope is a perfect optics.

Stephen: Not Exactly. Prism scopes usually have a low magnification up to 5x because of their design and almost all of them are fixed scope.

The other point is the eye relief, most prism scopes have limited eye relief, to some extent, they are not fit the weapons that need long eye relief.

Evelyn: I see. So how to choose among the prism scope, redo dot sight and traditional optical scope?

Stephen: You won't know if Prism scopes are right for you until you get to know them.Lets make a conclusion.

As Picture 5 shown, prism scopes can be said to be both compact in size and practical in use. It is ideally suited for CQB and can quickly get on targets.

Evelyn: So prism scopes seems to be a nice option overall. I got it! Thank you for your explanation!

Stephen: You are welcome!

PreviousThere is no so-called luck, only absolute effort---November